So what did you do this Fourth of July weekend?  For us, it meant Demo Day was finally here!  I had been looking forward to demo day since the day our offer was accepted.  There’s something so exciting and inspiring about the idea of demo day – the thought of being able to finally see my ideas and design come to life that I just couldn’t wait to get started on making our dreams a reality.

The day couldn’t start without a quick trip to Home Depot.  We had a relatively short list – garbage cans, bags and plywood – but leaving the store with just those things was entirely unrealistic.  The plywood was to build a make-shift ramp out of the window inside down to our dumpster so that we didn’t have to walk out and around the house which I highly recommended, this saved us TONS of time AND energy, there’s no way we could have gotten all that we did done without this.

It also happened to be our 8TH anniversary of our first date – demo day was a pretty good way to celebrate if you ask me!  Happy anniversary hubby!

The first thing we did when we got to the house was make the first hole in the wall.  Since the husband wasn’t quite sure if I could be trusted with a sledgehammer yet I just went for it with the crowbar we had been using.  We quickly found the first surprise our House on a Hill had to offer us – instead of the plaster/lath combination we expected to find behind our 1949 cape’s walls what we found instead was about 3/4″ of plaster covering sheetrock!  This was quite the relief since lath is apparently a PAIN to get rid of, but boy was this stuff heavy! 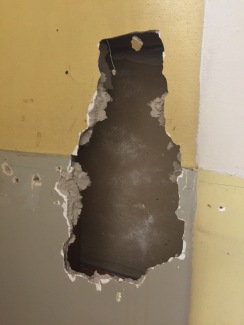 First hole in the wall! 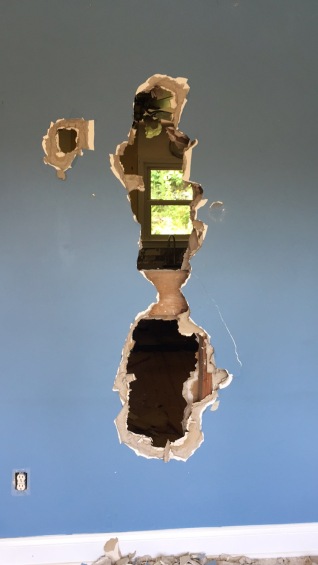 A handful of our AWESOME friends (and even a pup!) came to help the first two days. If it weren’t for them, there’s no way we would have been able to get nearly as much done as we did. By the end of day 1 – the open floor plan I had been imagining was begining to take shape.

The first look at when all those walls were gone was both terrifying and intensely gratifying. It was truly a “no going back now” moment but I also felt so sure that this was the right thing to do. This home is going to be our first house…our first big project that we’re taking on and I felt no uncertainty whatsoever. I know this project is going to take a lot out of us emotionally and physically (as well as monetarily 😣) but I also KNOW that it is going to be totally and completely worth it.

Some of the things we found along the way…we knew there was a window hiding in the kitchen so that was great to finally uncover and bring some more light back into the space (not to mention the symmetry it gives the house with the open floor plan).  There were a few newspaper pieces stuffed in the walls from 1971 and 1973, so we finally got confirmation that the DREADFUL kitchen was in fact installed in the 70’s, oh how I wish the original 50’s kitchen that was there when the house was first built was there.  I wonder what color it was!  We also found this funky linoleum flooring in the kitchen under a more boring red and white check vinyl tile pattern that we found in a few places.  Another weird thing we found was that the house was insulated with aluminum foil…yup, you read that correctly!  It was a weird thin 2-ply foil and paper water barrier…I’ll take it over that itchy stuff since we did find some of that and the foil was so much easier to deal with…but it certainly was unexpected! 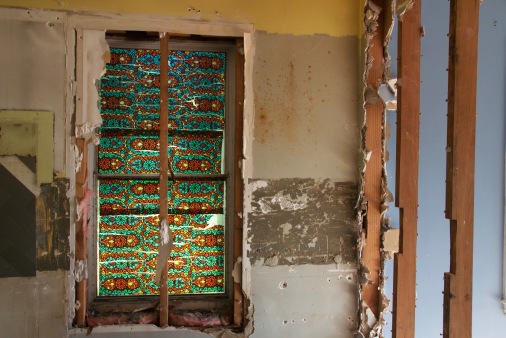 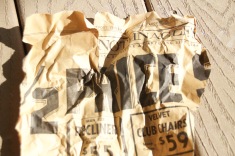 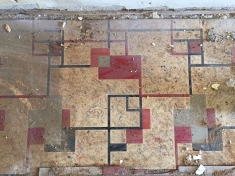 All in all, demo was an amazingly fun, physically demanding, exciting and absolutely EXHAUSTING experience and I can’t wait to do it again in the future 😊 Until then, on to clean up and time to bring the design to life!  Stay tuned for picking windows, floors, siding, paint, fixtures…so many decisions to be made!